With the season of Lent approaching, we want to share with you information regarding this time of observance and preparation, along with a special interview with Fr. David Hebert, Chancellor of Sts. Leo-Seton Catholic School.

Lent is a 40-day period in which Catholics take on a penance, prayer, and fasting in preparation for the celebration of Jesus’ Resurrection on Easter Sunday. During the these 40 days, Catholics the age of 14 and above are expected to refrain from meat on Ash Wednesday and on Fridays as part of fasting. It is encouraged that we give up something during this time as a sacrifice. During this time, we reflect on our sins and recognize that God made the ultimate sacrifice – His own son who died for us.

Timeline of Special Days During Lent

On Ash Wednesday, ashes are placed on the forehead as a symbol that we were born from dust and to dust we will return one day. During this day, fasting is encouraged, as well as abstaining from meat throughout the day.

We attend mass on Palm Sunday in celebration of Jesus entering Jerusalem. The people of Jerusalem cheered him on and waved palm tree leaves in the air as Jesus rode on a donkey through Jerusalem.

Holy Thursday is the Last Supper where Jesus had His last meal with His disciples establishing the sacrament of Holy Communion. During the meal, Jesus told them that one of them would betray Him, but they denied that being a possibility. After the meal, Jesus established priesthood by washing their feet. Soon after, Jesus went to Gethsemane to pray and was later betrayed by Judas, one of His disciples.

Good Friday is the day that Jesus died on the cross. Once Pontius Pilate sentenced Him to death for blasphemy, He was given a crown of thorns and beaten before having to carry His own cross to Calvary. On the way to His crucifixion, He falls three times and encounters His mother Mary. Once He arrives on the hill, he is crucified alongside two criminals. Fasting is suggested during this day leading up to Jesus’ resurrection.

Here is what Fr. David Hebert had to say about the season of Lent.

Why do we as Catholics observe Lent?

“Lent is the way that Catholics prepare for the celebration of the Triduum (which means “three days”). The Triduum is the triple feast of Holy Thursday, Good Friday, and Easter Sunday. These feasts commemorate the climax of the life of Jesus. Holy Thursday remembers the His famous last supper with his closest disciples, while Good Friday commemorates his arrest, trial, and death by crucifixion.  Easter Sunday is celebration of the day when Jesus rose from the dead, and it is the greatest Christian feast day of the whole year.”

Why is it important to fast from meat on Fridays and take on a penance?

“The reason for Catholics not being allowed to eat meat on Fridays during Lent is to remind the faithful that Jesus died on a Friday. Jesus gave up His body (His flesh), and Catholics, in an effort to attain greater communion with Christ, refrain from consuming flesh. Penance refers to every form of voluntary self-denial. The first and most important reason for penance is because we are sinners. All sins deserve punishment, and penance means freely choosing to suffer something. Therefore, penance is the strongest and clearest way to admit that we are sinners and we deserve to suffer because of our sins.”

Does the word Lent have a meaning?

“We get the word Lent from the Old English word lencten, which means “spring time.” English Catholics started using the word Lent because the season falls during the spring. But the original Latin word for the season is Quadragesima, referring to the 40 days that make up the season of Lent.”

What does Lent mean to you?

“Lent is a time of the year that I take out to really do a good self-reflection about my life and how I am living it. I am so busy throughout the year that often it is difficult to stop and evaluation “How am I doing?” Lent allows me to recognize the fact, that despite my efforts to be holy, I am a sinner. I have areas of my life that I need to work on. Lent for me is a life-changing event. Why would I want to go back to the person I was when I worked so hard at becoming a better person?”

What Should I Give Up for Lent?

Each year, we are encouraged to take on a penance during the season of Lent. Most people decide to give up something that they enjoy, such as soft drinks, candy, and other similar items. However, this is not the only type of penance that you can take on during the season. Instead of giving something up, consider doing more. For example, a penance to take on is to attend a weekday mass as well as Sunday mass. Another way to observe a penance might be volunteering at a local shelter or donating canned goods. These are other ways that you can observe a penance that will have positive affects to those around you. 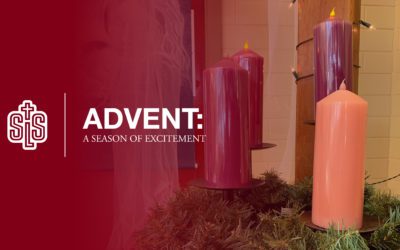 Advent: A Season of Excitement

Advent: A Season of ExcitementAdvent, Latin for, “to come” is a season of joyful waiting in the Catholic Church’s liturgical year. This is a time... 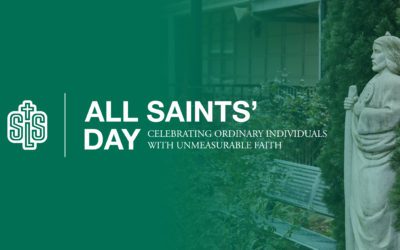 All Saints’ Day: Celebrating Ordinary Individuals with Unmeasurable FaithAs October comes to an end, we observe one of the Church's Holy Days of... 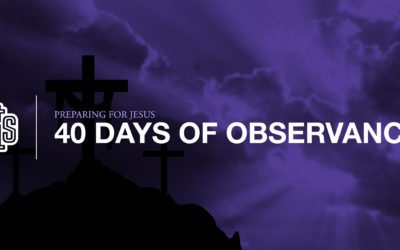 Entering the Season of Lent: 40 Days of Observance

We have entered the season of Lent. Therefore, we wanted to remind everyone of the meaning of the season, provide additional information of this...